This article is sourced from Al Monitor as part of their syndication service, and first appeared here.

Dubai, September 25: The demand for driving permits to use electric scooters has significantly increased in recent months in Dubai, which is home to nearly 3.5 million people (according to 2019 Emirati government estimates).

The increasing demand for e-scooters comes in light of the rise in fuel prices as elsewhere in the wake of the Russian-Ukrainian war. Public transportation in the Emirates has been particularly affected, putting a strain on low-income residents who rely on it to get to work.

Nearly 89% of UAE residents are expatriate workers, with the majority (59.4%) coming from South Asia, in addition to many Egyptians (10.2%) and Filipinos (6.1%). These workers, who are often employed in low-wage jobs, have increasingly resorted to scooters as a cheap transportation option.

The prices of used small cars and new cars with four-cylinder engines have also increased by about 40% due to high demand in light of the fuel prices.

The increase in fuel prices has also driven up the cost of taxi rides and ride-sharing services.

Many residents found themselves unable to afford cars let alone cab rides on a daily basis. Most workers and employees of Asian and Arab nationalities in the Dubai emirate live in remote areas or in their work areas where public bus service is not available. E-scooters are a handy solution for them to commute to work while avoiding Dubai’s traffic jams and saving time.

Abu Bakr Mohamad, an official in the Roads and Transport Authority (RTA), told Al-Monitor, “The RTA issued 38,102 permits for e-scooters during the first three months into the launch of its digital platform that was announced in June. An average of 423 permits are issued by the RTA per day, and they are issued free of charge.”

Asked about the conditions that applicants need to meet to be able to get an e-scooter permit, Mohamad said, “To get the permit, one should not be aged below 16 and should pass the training course on the RTA website. The training course includes lessons about scooter technical specifications and standards and the areas where scooters are allowed to be used. The course also offers lessons about scooter traffic signs.”

.@rta_dubai , @DubaiPoliceHQ announce the start of operation of electric scooters on permitted cycling tracks in 10 districts across #Dubai starting from today pic.twitter.com/yvCkj6GLoD

There are specific areas and streets where e-scooter permits are needed, but permits are not mandatory in bicycle lanes or on sidewalks specified by the RTA. When one holds a valid driver’s license or international driving license, they don’t need a permit either.

The Dubai government is working to make the emirate more bike friendly, and the RTA is encouraging residents and visitors to use e-scooters as an alternative means of transportation. According to the digital platform, 11,206 (equivalent to 29%) of permit holders are tourists and visitors.

Amjad Abdel Qader, a Syrian citizen who has been residing in Dubai for 12 years, told Al-Monitor, “More than three months ago, I decided to get rid of my car, as it used to cost me a minimum of 40 dirhams ($10.90) a day, not to mention the parking fees as one can never find free parking in Dubai or any other emirate. If I go to work five days a week, I would have to pay at least 60 dirhams per week ($16). Then there is the cost of [traffic] tickets, which are issued in Dubai for the silliest reason.”

He added that he works next to his house “so I don’t really need a car. I drive the scooter and get to work in no more than 15 minutes. When I finish work, I do not have to worry about traffic or look for a place to park my car at the supermarket, for example.”

Nesreen al-Hamdi, an Egyptian, told Al-Monitor that she has been living in Dubai for five years and works for an insurance company in Al Barsha.

She had taken out a car loan to buy a car, but her work stopped for a while due to the pandemic so she had to return the car. When she decided to buy a second-hand car at the beginning of the year, the Russian-Ukrainian war broke out and prices rose, so she had no choice but to ride a scooter.

Her Indian and Filipino colleagues encouraged her to buy one because it would make her life easier, so she did. She has been driving an e-scooter since May for nearby transportation and taking the metro, tram or bus to farther destinations.

Dailyhunt enters Middle East market, sets up base in Dubai 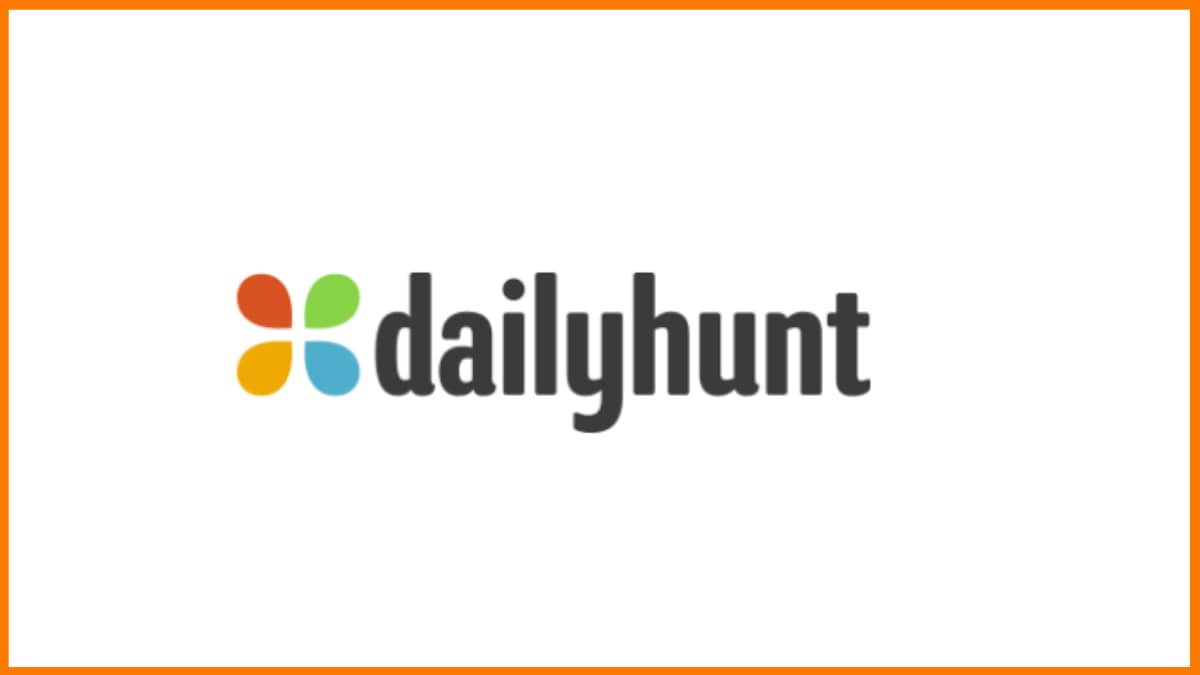 VerSe Innovation, which is valued at $5 (Dh18.37) billion, has set up an office in Dubai whilst rolling out its offerings in all the six Gulf Cooperation Council (GCC) countries, including the UAE, the Kingdom of Saudi Arabia, Bahrain, Oman, Qatar, and Kuwait.

The foray into the GCC market comes on the back of Dailyhunt’s success in India, where one in every two internet users is on its platform. Data shows that 350 million users access Dailyhunt for their daily news and content needs.

Powered by AI/ML and deep learning technologies, VerSe Innovation aims to take pole position in smart curation of content and tracking of user preferences on a real-time basis.

AI to speed up bus journeys in Dubai 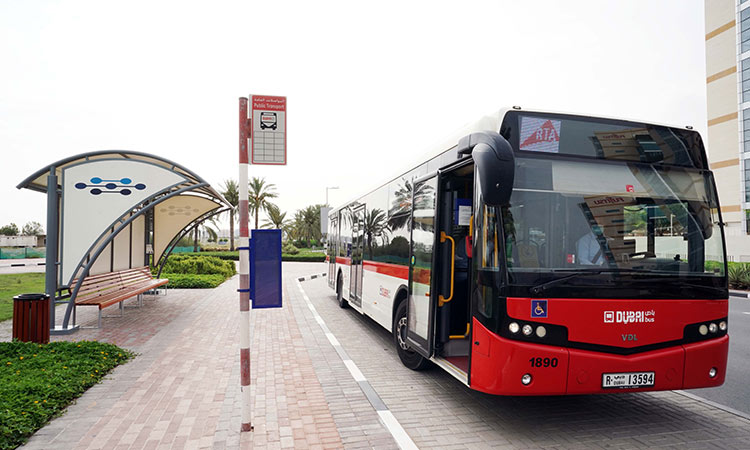 Dubai’s Roads and Transport Authority (RTA) will implement a new system called City Brain this year, which will use artificial intelligence to make travelling by bus more time efficient.

The project is expected to increase bus ridership by 17 percent.The system uses artificial intelligence and advanced algorithms to analyse a large amount of data, which will be collected from nol cards, buses, taxis in use as well as from the back-end control centres.

The system will convert complex data into tangible and useful notifications about bus schedules and routes, which users can use to better plan their bus journeys.City Brain is expected to reduce average waiting time for buses by ten percent, and slash average bus journey time by five percent. RTA will implement City Brain in cooperation with Alibaba, and it will be used to develop public transport network planning. 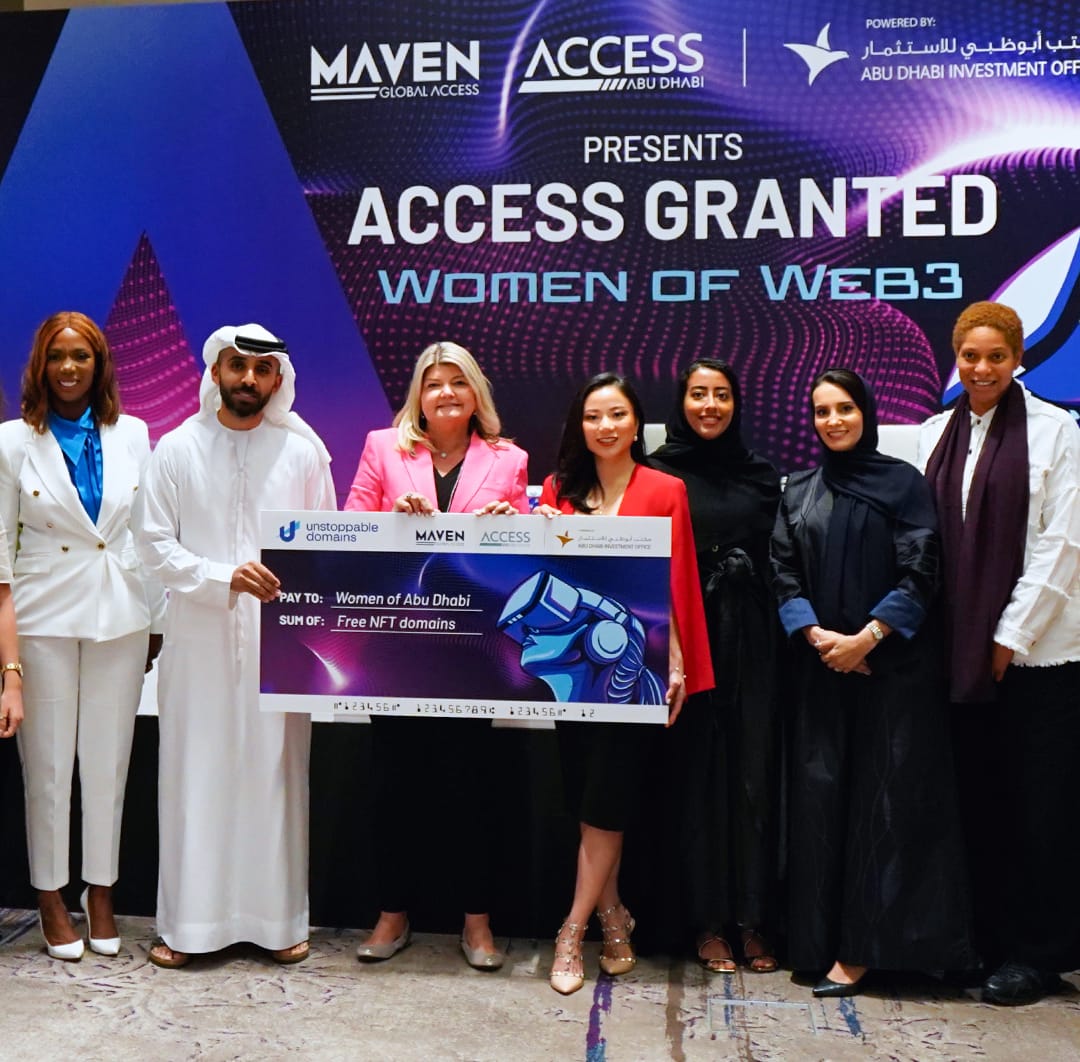 All women residents in Abu Dhabi will be provided free crypto, NFT, and blockchain domains as part of a new initiative to be enforced in the UAE capital.

The campaign sees Access Abu Dhabi and the Abu Dhabi Investment Office (ADIO) partner with a Web3 identity platform and NFT domain name provider Unstoppable Domains to provide free crypto domains to women. Highlighting Abu Dhabi’s mission to champion opportunities for women in business, Eng Abdulla Abdul Aziz Al Shamsi, the acting director general of ADIO, said: “Abu Dhabi is ensuring the future of Web3 is built around a powerful infrastructure that appeals to all members of the community.By supporting initiatives that invite and uplift women, we can champion diversity early in the Web3 era.”

@unstoppableweb is giving free #crypto, #NFT, and #blockchain domains to all women in #AbuDhabi!

In partnership with Access Abu Dhabi, powered by #ADIO, the initiative aims to give women in Abu Dhabi the opportunity to enter the world of #Web3 and be part of shaping the future🌐 pic.twitter.com/WvLFxcIdAV

The initiative offers women in Abu Dhabi the opportunity to capitalise on Web3 opportunities. It provides them with a decentralised web address and digital identity that gives them complete control of their data and content within a space that they fully own, as opposed to Web2 domains, which are leased for fixed periods through third-party brokers. The giveaway aims to provide opportunities for more women to learn about and ultimately participate in Web3.

Currently, only 5 percent to 7 percent of all cryptocurrency users are women, and only 12 percent of people who work in blockchain are women. The initiative was announced during a delegation visit to Abu Dhabi by the ‘Women of Web3′, a powerhouse group of disruptive female tech entrepreneurs from the United States exploring the emirate as a gateway for global expansion.