Petrol prices drop for month of September in UAE 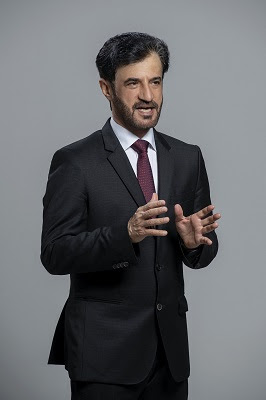 FIA President Mohammed Ben Sulayem says his stance on Formula 1 driver health and safety is part of a clear vision for the federation, and motorsport’s future, which he will back with decisive action.

From next weekend’s Belgian Grand Prix, new measures will be in place to address the physical effect on drivers from the aerodynamic bouncing of F1 cars known as ‘porpoising’.

Ben Sulayem implemented a revised Technical Directive covering the measuring and monitoring of the vertical forces acting on the cars, or ‘porpoising’, after extensive consultation with F1 teams, drivers and his own FIA technical and medical staff.

His handling of the issue has drawn international media acclaim. It follows his decision earlier in the season to enforce a long-standing rule preventing drivers from wearing jewelry when competing, to protect them in the event of a crash.

“This is not just the way forward for driver health and safety in F1 – it’s the direction the FIA must take to ensure a better future for motor sport overall,” he said.

“We have a responsibility to do what is in the best interests of the sport, and I’ll work closely with all our main stakeholders to get their input on all key decisions.”

“But I won’t back away from any big issues. I’ll confront them, discuss with my own team, make the right decisions and back them with decisive action.”

What is porpoising?
When a F1 car goes on track, the downforce tends to lower the car height even more. Initially this phenomenon is favorable, the downforce generated by the bottom increases, but as soon as the critical height of the stall is reached, the problems begin. As soon as the downforce produced collapses, the car raises from ground. When you increase the ride height, however, the bottom is no longer stalled and the downward aerodynamic force increases, making the car lower again. This creates an oscillating movement of the car along the transverse axis. A hysteresis cycle is obtained on the dowforce value, the machine starts to oscillate and porpoising is born.

Ben Sulayem, who took over as FIA President last December, has an overall strategy aimed at doubling global motorsport participation within four years, and his actions have been winning plaudits from F1 journalists in particular.

He places a heavy emphasis on grass roots and regional motorsport development, as well as diversity initiatives, and wants to ensure that FIA championships leave legacies wherever they compete.

There are challenges at every turn, but he faces up to them with conviction. After 100 days in office Ben Sulayem wrote to member club presidents to say that operating losses will completely overwhelm the FIA’s resources in the next five years if allowed to continue.

“We need to make tough decisions in our portfolio, and in the way the organisation is structured and works,” he said. “Together we can only improve the sport, and to improve the sport we must be all together.”

“There’s a long way to go, and we have to deliver for the new generation. That means we have to update our rules accordingly, not just for F1, but for motor sport as a whole.”

Ben Sulayem’s desire to drive the FIA forward with strong, decisive leadership applies equally to the federation’s role and responsibilities in tourism, mobility and road safety.

In order to ensure continuity for FIA initiatives, he has ordered the recruitment of a full-time CEO to help drive the federation’s approach in the years ahead.

He also believes intensive training is essential to deliver a steady follow of highly qualified individuals who can share responsibilities in key areas across the FIA.

This approach began with the appointment of two alternating F1 race directors, which Ben Sulayem emphasises is only a start. Similarly, he wants the virtual race control that he instituted to trickle down to other race series.

When F1 proposed in increase from three to six sprint races for next year, Ben Sulayem demanded further details on the financial and operational implications on organising clubs and officials.

“Many race officials and marshals are club members, and we have a duty of care towards them,” he says. “I did not say no more sprint races. I left the door open, but only if we understand the implications. I owe that to the clubs.”

He believes, meanwhile, that expanding the scope of the FIA University, which previously focused only on mobility, will crucially give more people the chance of career opportunities in motor sport.

“The university now includes sport, and I would like to see it include engineering as well,” he said. “Not everyone is going to be a Formula 1 or WRC champion. But there are people who can be involved in the motorsport community when it comes to education, and engineering.”

“We must help those who have the talent, but currently do not have the opportunity. This is where we have to go in the future.”