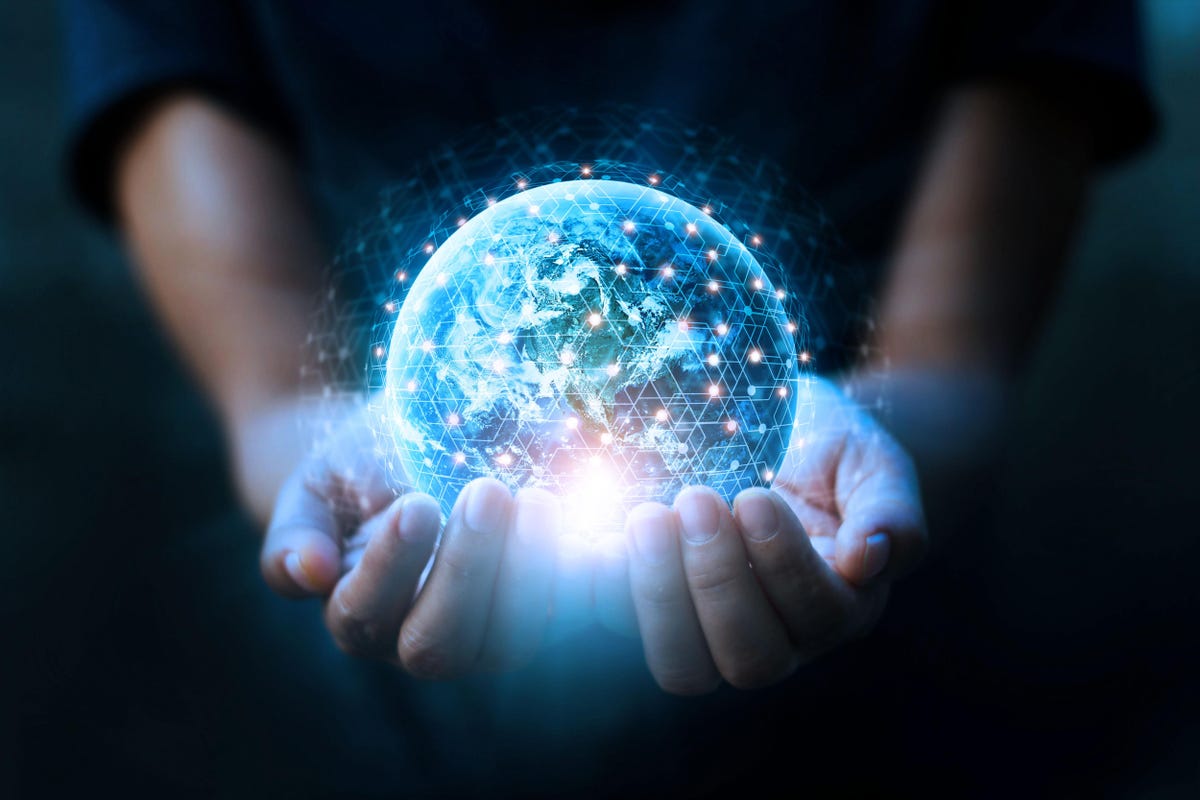 Related Topics:
Up Next

Cristiano Ronaldo said his “work is done” in Europe, adding that he is relishing new challenges both on and off the pitch after being unveiled as a player of Saudi Arabian club Al Nassr on Tuesday.

Ronaldo, who was a free agent following his acrimonious split with Manchester United in November, joined Al Nassr last week on a two-and-a-half-year deal estimated by media to be worth more than 200 million euros ($210.94 million).

He was greeted by a sea of yellow and blue at Al Nassr’s home ground Mrsool Park, where thousands of fans turned up to witness his unveiling.

After addressing a news conference, Ronaldo was seen meeting with his new team mates in the dressing room. He then made his way onto the pitch, fully kitted out in the club’s colours.

The gathered fans loudly chanted his name as he walked around the 25,000-seater stadium signing footballs and firing them into the stands, before he was joined by his family.

Walks of the greatness 🐐💛 pic.twitter.com/7FzLZSchQ5

“Me and my family, we want to say thank you to all of you for this support and your welcome,” an emotional Ronaldo said after being handed a microphone. “We’re going to give our best. Thank you everybody.”

He also claimed two Serie A titles and a Copa Italia trophy in three years at Juventus before rejoining United with whom he had bagged three Premier League crowns, the FA Cup, two League Cups, the Champions League and Club World Cup.

“I’m so proud to make this big decision in my life. In Europe, my work is done,” Ronaldo told a news conference.

“I won everything, I played in the most important clubs in Europe and now it’s a new challenge in Asia.”

Ronaldo added that he had several potential suitors from all around the world following his exit from United, but chose to sign with Al Nassr because the move provided him a chance to make an impact off the pitch.

“I’m grateful to Al Nassr, for giving me this opportunity to develop football for the younger generation, for the women as well. For me, it’s a challenge, but I also feel very happy and proud,” Ronaldo said.

“I can say now, I had many opportunities in Europe, Brazil, Australia and the United States. Even in Portugal, many clubs tried to sign me, but I gave my word to this club, to develop not only football but also the other parts of this country.”

The 37-year-old batted away questions about criticism of his move to Saudi Arabia, saying, “I’m a unique player, for me it’s normal.”

Al Nassr coach Rudi Garcia said the signing of Ronaldo was a huge step for the Saudi Arabian league.

“In my life, I’ve seen that great players like Cristiano are the simplest to manage, because there’s nothing I can teach him,” Garcia told reporters.

An international drug trafficking organization has been busted by Dubai Police when they seized 436 kg of cocaine that was brought into the country disguised in a cargo of legumes.
After receiving a tip, the anti-narcotics unit raided the gang’s lair and apprehended six of its members while they were in possession of the illicit drugs.
Officers discovered 280 packaging bags containing a mixture of real and plastic broad beans that were drug-filled.
Seven hours since being alerted, the operation was over from preparation to execution.

“Upon receiving the information, we formed an investigation team, which kept the suspects under close surveillance and located the warehouse in question, where a large amount of broad beans had been hidden. The suspects were taken down during the raid and we uncovered the narcotics stuffed in legumes, which were ready to be shipped to a nearby country,” the police said in a statement.
“Operation Legumes is one of the exceptional operations that the Force has carried out, especially as the warehouse inspection required high-skilled security and the deployment of a K9 unit to discover narcotics stuffed in plastic food,” the authority added. 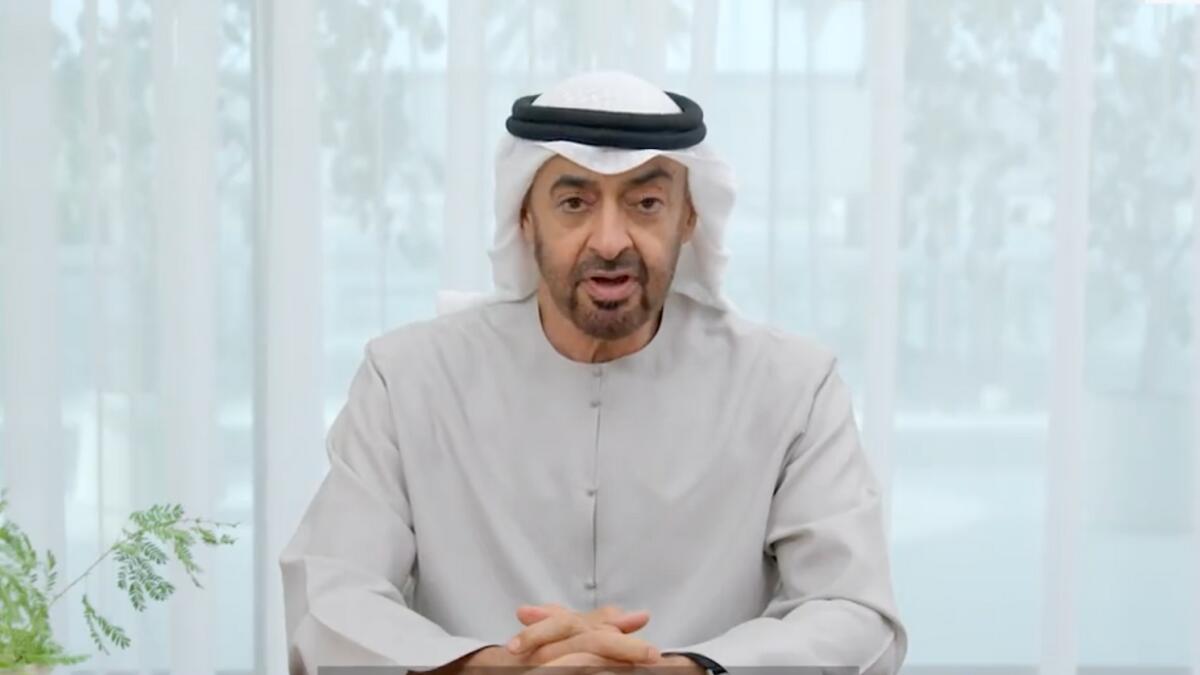 President His Highness Sheikh Mohamed bin Zayed Al Nahyan has said that the people of the UAE, and striving to empower them, has always been and continues to be the nation’s top priority. “Ensuring our people have everything they need to live fulfilled, comfortable, and happy lives, remains the basis of all our future plans,” His Highness said, while addressing the nation.

In his speech that was broadcasted today on local TV and radio channels, President His Highness Sheikh Mohamed bin Zayed said the UAE’s policy will continue to champion peace and stability in the region and the wider world, supporting others and advocating for wisdom and cooperation for the good of mankind.

#MohamedbinZayed: We will work to strengthen our role among the world’s leading countries by providing humanitarian aid, and by continuing to extend a helping hand to communities in need around the world, irrespective of religion or race.#WamNews
pic.twitter.com/A0goIfOrOE

His Highness stressed that the UAE will continue its work to strengthen cooperation and enable positive, respectful dialogue between countries to achieve stability and prosperity for all.

His Highness said that “the sovereignty and security of the UAE will remain a foundational principle that we will abide with, and we will not tolerate anything that could affect it. We extend the hand of friendship to all countries that share our values of peaceful coexistence and mutual respect, to achieve progress and prosperity.”

#MohamedbinZayed:UAE’s policy will continue to champion peace and stability in our region and the wider world, supporting others and advocating for wisdom and cooperation for the good of mankind.#WamNewspic.twitter.com/ZnbSl94PTw

President His Highness Sheikh Mohamed bin Zayed also highlighted that the UAE is fortunate to have a nation of people, who, before and after the union, and even through difficult times, have proven their spirit and determination to overcome the toughest challenges. “Our pride in our people is infinite. Equally, we deeply appreciate the valued role of our residents who consider this country their second home, and their continued contributions in building and developing the UAE since its union,” His Highness said.