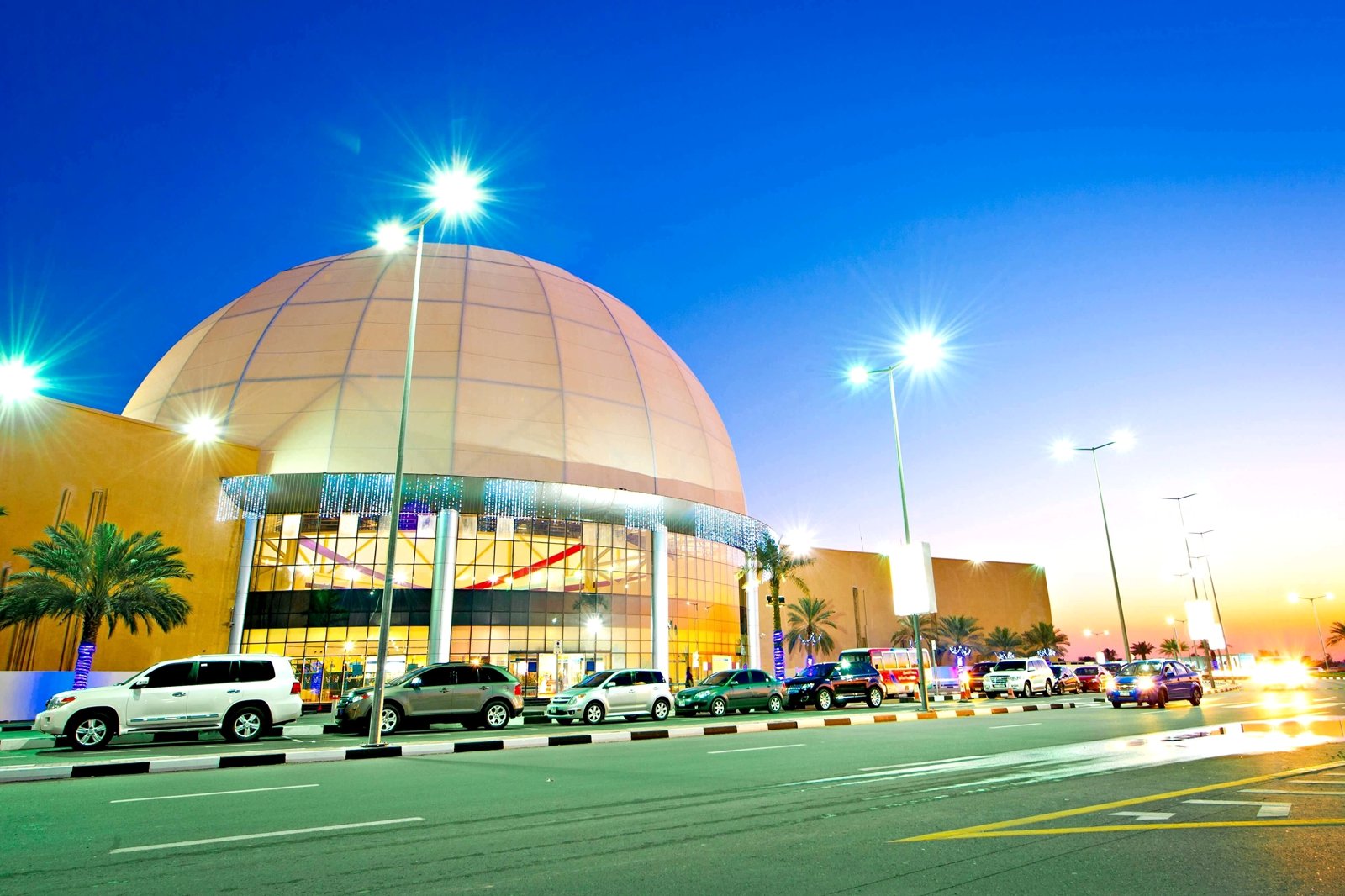 Dubai is known for the biggest and largest of all kinds – and also for shopping products of all kinds, whether it is fashion, gold, tech, electronics, lifestyle products such as perfumes and cosmetics among others.

The Dubai Mall at the base of the Burj Khalifa, the tallest building in the world, is the largest in the UAE and the wider region but is fifth overall in the world behind other malls – all in Asia – according to this list.

However, the Dubai Mall’s supremacy in the country is at risk from the Dubai Outlet Mall once it opens the doors to its extension in the fourth quarter of this year.

According to the shopping destination, located on the recently expanded Dubai-Al Ain Road, Dubai Outlet Mall (DOM) is close to achieving its major expansion drive. Once known also as the Seconds Mall, the annexe of DOM will bring the total area of the mall to 3.8 million square feet.

Although the DOM claims it will be the largest ‘outlet mall’ not only in the region but in the world, the parameters for that definition is still not established and clear.

Dubai Mall, for instance, is spread over an area of 3.77m square feet. According to Wikipedia, it is the second-largest in the world for total land area behind Iran Mall. It had the second-largest mall opening in retail history behind West Edmonton Mall, when the former opened on November 4, 2008.

Yet, according to gross leasable area standards, the Dubai Mall, built over several storeys with a lot of retail spaces, ranks  26th in the world, tying with West Edmonton Mall and Fashion Island (Bangkok) —both of which are older than it. Dubai Mall has a total retail floor area of 5,400,000 sq ft.

At 3.8m square feet, the currently one-storeyed Dubai Outlet Mall is promising with the expansion to deliver outstanding experiences to customers and boost the country’s retail economy.

Strategically located at the intersection of MBZ & Dubai Bypass & Al Ain Road, DOM is easily accessible to all UAE residents across the seven Emirates and provides a well-structured comprehensive retail mix offering great value from high-end brands to streetwear.

While the extension is wrapping up its leasing phase and gearing up for its upcoming opening, a huge roster of international brands have joined the family of great brands at DOM.

“We are excited to see our list of partnering brands grow with us as we welcome New Balance and Aigner and all of the new brands that have joined us as we realise the vision of re-imagining the world of shopping and retail. I’ll be very excited to announce in due course all of the brands that have signed up for the expansion,” said Mohammed Naser Khammas, chief executive of Al Ahli Group.

Asia Cup to be held in UAE, confirms BCCI chief

UAE’s insurance platform Wellx has partnered with Fitbit to encourage insurees to stay healthy throughout the year while covering them with a policy linked to their well-being.

Wellx plans to connect their platform with the API of Fitbit, Google’s fitness wearable company, and have access to activity data upon user consent to enable them to set fitness goals and unlock rewards while achieving them.

Founded in 2021, Wellx is an insurtech company which combines digital medical insurance and wellness. The startup is also part of the DIFC Fintech Hive’s 2022 Accelerator Programme.

“Our association with Fitbit will enable us to turn a traditional financial product into an engaging lifestyle product by gamifying the individual wellness journey,” said Vaibhav Kashyap, Wellx co-founder & CEO. “By incentivising our customers to care for themselves, and rewarding them financially, we expect to change the way customers perceive insurance. Our aim is to become their everyday health companions and remind them of the benefits of staying healthy.” Javed Akberali is Kashyap’s founding partner at Wellx.

Wellx has brought together an ecosystem of wellness-focused services and products, with the singular goal of making insurance fun, engaging and impactful.

“By associating with locally grown companies whose prime focus is health & wellbeing of people of UAE, we at Fitbit are supporting our bigger mission of helping everyone in the world become healthier. Through this association, Wellx customers will be able to get even the recently announced Fitbit smartwatches & trackers including Sense 2, Versa 4 and Inspire 3, that feature some most advanced wellness capabilities; these devices will enable users to have a holistic view of their health and wellness.” said David Amehame, Regional Sales Manager, Middle East & Africa, Fitbit at Google.

Nicola Maxwell, Head of Fitbit Health Solutions EMEA, said: “This association shows how Fitbit can help to support innovation in health tech in the region. Over the years, Fitbit has worked globally with leading health insurers to promote healthy behaviour change. We’re happy to collaborate with Wellx here in the UAE to support them on their journey to launch unique insurance plans that will provide lifestyle benefits when customers achieve their health and wellness targets – tracked by Fitbit devices.”

You can sign up for an insurance plan with Wellx digitally using any web browser or smartphone on www.wellxai.com.

The Indian cricket board (BCCI) on Tuesday invited bids for the right to “own and operate” teams in the first ever women’s Indian Premier League (IPL).

In December, the BCCI also floated tenders for the women’s league’s media rights for the 2023-27 cycle.

“The Governing Council of the IPL invites bids from reputed entities to acquire the right to own and operate a team in Women’s Indian Premier League, through a tender process,” the BCCI said in a statement.

“The (Invitation to Tender) will be available for purchase till January 21, 2023.”

The inaugural season of the women’s IPL is likely to be played from March 3-26, an ESPNcricinfo report said in December.

A three-team Women’s T20 Challenge had been staged alongside the men’s IPL since 2018, but the BCCI have been urged to set up an expanded tournament for women with more teams and players.

The Indian board also decided to give equal pay rights to the women cricketers, it announced in October last year.

India’s men and women cricket teams will be paid the same appearance fees to represent their country, Board of Control for Cricket in India (BCCI) Secretary Jay Shah said on Thursday.

The agreement will see women’s players at international level receive the same match fees as men across all formats – 1,500,000 rupees ($18,225) for Tests, 600,000 rupees for one-day internationals and 300,000 for Twenty20 internationals. However, the retainer fees remain in stark contrast to their male counterparts.

Australia hosts the Women’s Big Bash League as its domestic T20 league, while New Zealand has the Women’s Super Smash.

England hold the ‘The Hundred’ tournament for women alongside the men’s competition.

The JV establishes an historic first for the world of sports rights in the territories and positions GXR as LaLiga’s local partner in the MENA and Indian subcontinent markets. The deal is expected to generate more than €3 billion in revenue. LaLiga and GXR will each hold a 50 per cent stake in the JV.

With more than 1.3 billion people under the age of 30 in the two markets, the deal will provide LaLiga with new ways to grow its brand and reach new audiences. It will also grant broadcast and media rights in MENA and Indian subcontinent, boosting viewership of LaLiga matches in the 29 countries in which the JV is in effect.

This is an especially important time for football in the region, as Qatar hosts the first Fifa World Cup competition ever to be held in the Arab world. More than five billion people worldwide are expected to watch the tournament.

Paul Roy, CEO & Founder of Galaxy Racer, said: “The agreement marks the dawn of a new era of football in the region. Our collaboration with LaLiga offers us a novel way to share its intellectual property with GXR’s 500 million-strong global audience.”

Maite Ventura, LaLiga’s Managing Director for the Middle East and North Africa, said: “Partnering with Galaxy Racer in the MENA region and Indian subcontinent is of great strategic importance to the LaLiga brand and its continued expansion in these critical markets.

GXR’s extensive experience in the region will also serve as an important source of support towards our international strategy. The Middle East is growing as a dedicated sports hub and the Fifa World Cup in Qatar now is the best example of the power of the sport.”

The JV will see collaboration with LaLiga representatives in Morocco, Egypt, Qatar, Saudi Arabia, Turkey, Israel, India, and the UAE, which is essential in achieving true regional development.

Galaxy Racer and LaLiga are already collaborating on a number of projects, including a documentary series, competitions, merchandise, live events, and activations.

Additionally, GXR will launch a roster of influencers who will focus exclusively on LaLiga and curate creator events to promote the LaLiga brand throughout the whole year.